« Slap him up and down upon the floor
Tickle his feet and hear him giggle
Then unzip him down the middle
Give that gibbon what he’s hollerin’ for! » — Stuff That Gibbon (words and music by Bill Oddie)

Back in the late 1970s, before I had even heard of Monty Python’s Flying Circus, nor even of Benny Hill, for that matter… I discovered The Goodies, thanks to the CBC’s belated programming of their exploits*. While The Goodies do share a *lot* of DNA with the Monty Python gang (they were school chums, close friends, collaborators and friendly competitors practically all along the way), this trio’s comedic format veers sharply away from the Pythons’ methods: Graeme, Bill and Tim play ‘amplified’ versions of themselves, and use the skit format sparingly, reserving it for mid-show intermission ‘blackouts‘.

While the trio was formed in 1970, it only made its comic strip début (and bow) in 1973**, where they held a weekly feature in the pages of Cor!!, also making an appearance in the magazine’s 1974 annual and The Goodies Annual, the whole lot hitting kiosks in ’73.

« Apparently licensed for just the one year, The Goodies were unique in the fact they were the only adapted characters featured with the comic’s pages with copyright credit being given to Bill Oddie, Tim Brooke Taylor (sans hyphen) and Graeme Garden. According to Robert Ross’ book The Complete Goodies, the strips were all authorised and approved by The Goodies prior to publication and Tim still displays an original Cor!! strip in his study. »

Scans (and detailed synopses!) of The Goodies’ Cor!! shenanigans are helpfully provided by their fan site, goodiesruleok.com.

And now, some introductions from the aforementioned The Goodies Annual 1974 (the only one of its kind, poor thing): 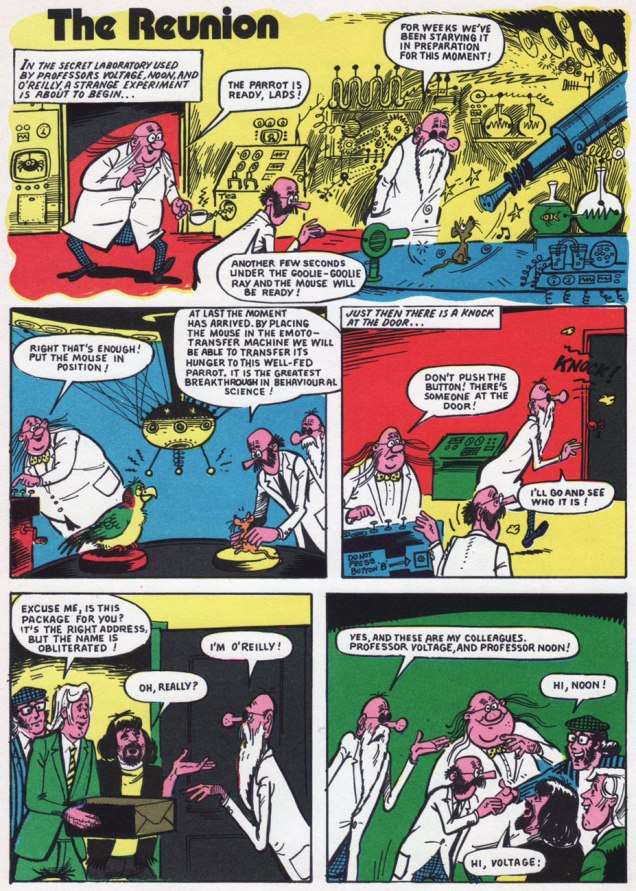 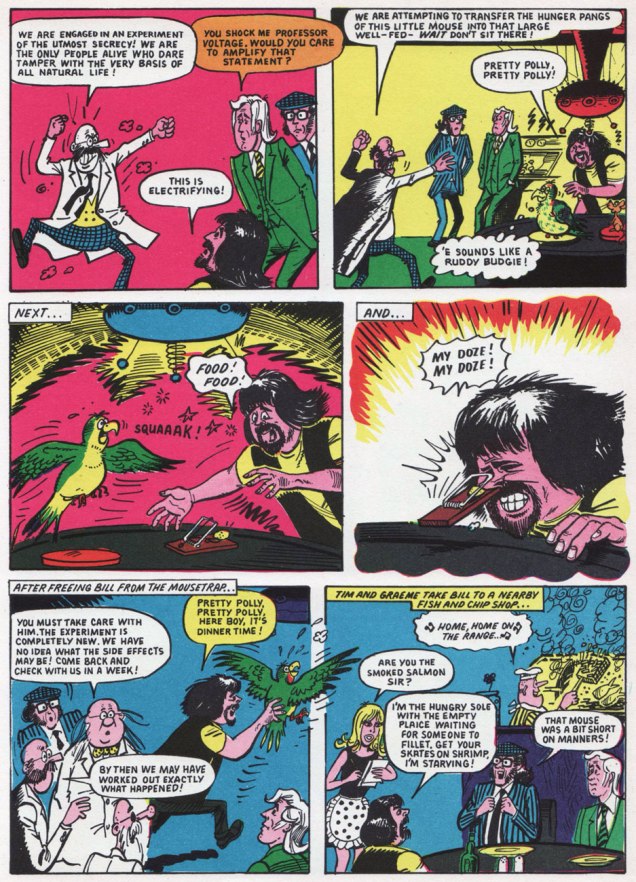 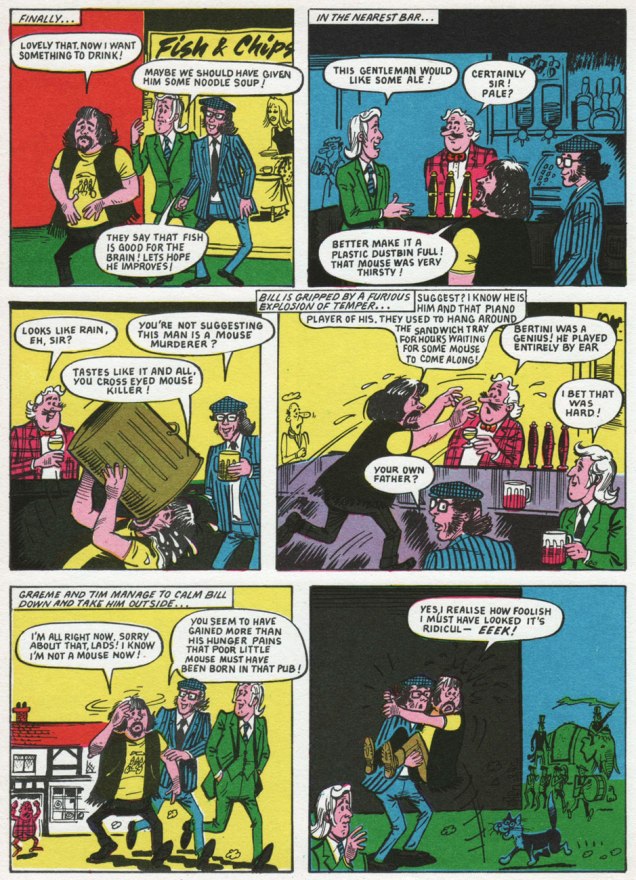 Take a little good advice, try a trip to paradise
It’s not hard to find, you’ve got it on your mind
Can’t pretend it wouldn’t be nice
It’s whatever turns you on, Goodies

A circus or a seaside pier, a sausage or a can of beer
A stripper or a clown, prices going down
You can make it happen here
Fun for all the family, Goodies

(The first Goodies Theme; words and music by Bill Oddie.)

*« In Canada, the series was shown in on the CBC national broadcast network during the late 1970s and early 1980s, in the traditional “after school” time slot, later a Friday night 10 pm slot, and occasionally in a midnight slot. Several episodes were also shown on the CTV Television Network. In the mid-1970s it was shown on TVOntario on Saturday evenings, repeated on Thursday evenings, until being replaced by Doctor Who in 1976. » [ source ]