« The tentacles had burned where they’d touched our skin… and the oozing slime they’d rubbed into the wound didn’t help. We panted and trembled… »

I have little interest in werewolves, despite just having finished one in wool. I’d say I place them somewhere between Frankenstein’s monster (in which I have zero interest – sorry!) and Dracula (whom I am generally intrigued by, depending on whose version we’re talking about). Having said that, the bizarre concept of werewolf vs tentacles grabbed my imagination by its incongruity. “Grarr”, as the werewolf might say.

The Giant-Size Werewolf may not be as rife in tentacles as the Giant-Size Dracula, but it has its moments. “A man, a woman… and rampaging hordes” has a certain nice ring about it!

When the Moon Dripped Blood!, scripted by Doug Moench and illustrated by Yong Montaño, was published in Giant-Size Werewolf no. 4 (April 1975):

Doug Moench continues his tentacle shenanigans one month later in Werewolf by Night no. 7 (March 1975).

The Amazing Doctor Glitternight was scripted by Doug Moench and illustrated by Don Perlin:

Next time the Werewolf encounters tentacles, it’s an epic, 2-issue tale of the desperate fight against ‘soul-eater’ Marcosa, an ectoplasmic wraith who occasionally takes a physical form and often deploys tentacles to do his dirty work for him.

Marcosa in Death (plot-spoiler: death is not actually involved) was scripted by Doug Moench and illustrated by Don Perlin:

Marcosa doesn’t quite die despite all the gnashing of teeth and ripping of tentacles, so the story continues to its grim conclusion in the next issue. The End, scripted by Doug Moench and illustrated by Don Perlin, was published in Werewolf By Night no. 37 (March 1976).

What other giant-sized topic will we continue with next time? Only time will tell! Stay tuned…

« I’ve never gone to bed with an ugly woman… but I’ve sure woke up with a few » — Royal C. Bannon

This time out, I’ve plucked a delicate story that’s resonated with me since our first encounter… somehow, the tragic plight of a lonely, vulnerable old man touched me deeply, even if I couldn’t have been more than ten years old when first I read it.

In the intervening years, witnessing the rise of elder abuse, the growing fragility of my own parents, and the sometimes desperate loneliness of acquaintances, old friends and strangers alike, Joe Gill and Don Perlin‘s The Night Dancer! (Ghostly Tales no. 99, Nov. 1972, Charlton) has steadily gained in poignancy. Its spirit, theme and mood remind me of some very fine tales by Joseph Payne Brennan*, who conveyed all too convincingly the quiet desperation of a near-destitute life lived with scant hope or companionship.

On a more cheerful note, it happens that (okay, it’s no accident) ‘Dauntless’ Don Perlin celebrates his eighty-ninth anniversary on this very day. While he’s most appreciated for his runs on Werewolf By Night, Ghost Rider, Moon Knight (his co-creation with writer Doug Moench) and The Defenders at Marvel Comics, I steadfastly cling to the notion that his finest efforts were brought to bear on hot rod and ghostly yarns for Charlton at the dawn of the 1970s. Judging by the results, I’d venture that he’s especially inspired by adventures set in the American Southwestern desert country. I’ll return to this topic in due time and present my case. 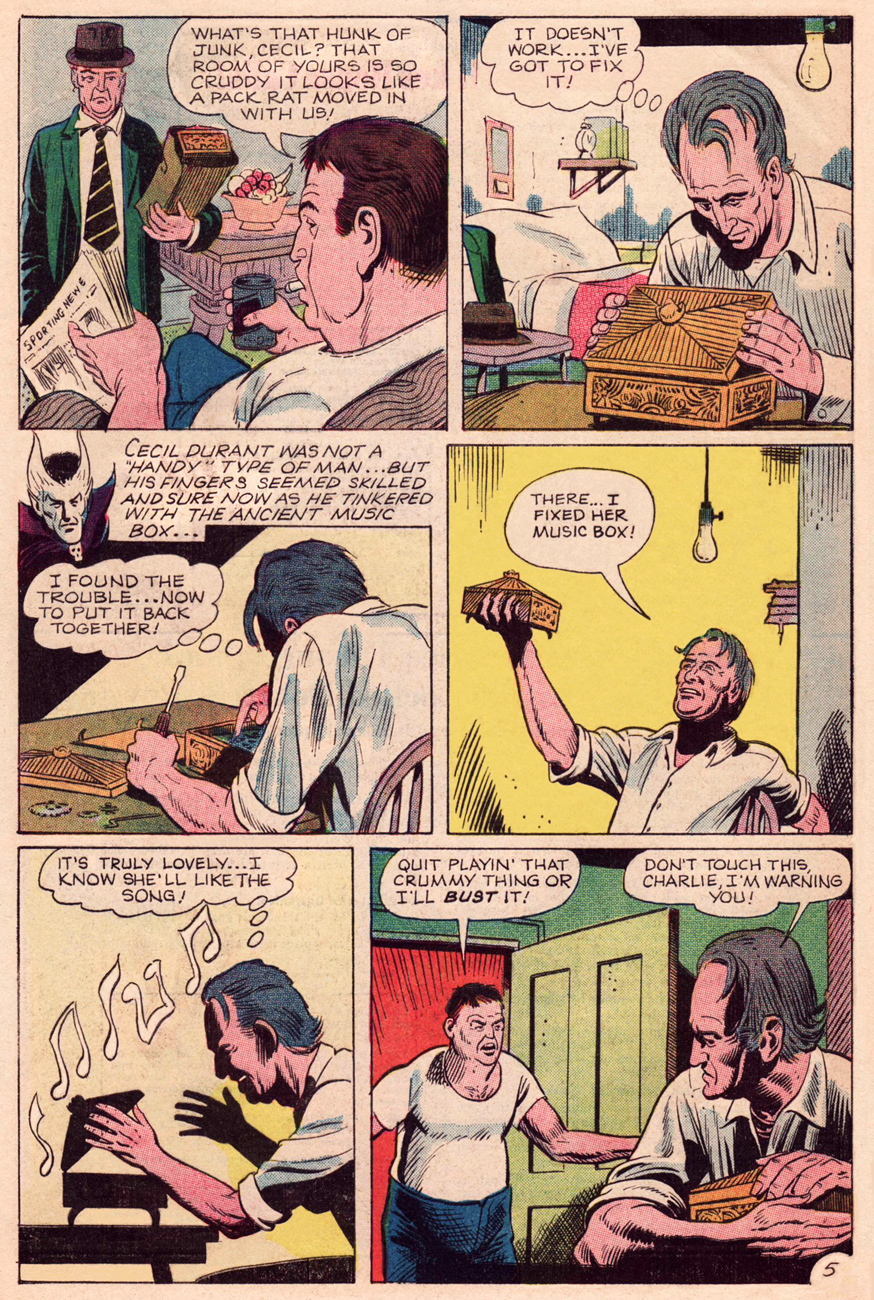 While Mr. Perlin never became a superstar (and I suspect it never was his goal), the longevity of his career is easily explained: solid craft, excellent storytelling skills, a clean, unfussy line, and of course that supreme asset: reliability. Incidentally, co-credited Howard Perlin was Don’s young son, who was helping dad out around the studio that day.